As many of you know, my cousin Ryan has recently come to Bolivia as well. It has been so amazing to have him here for so many reasons. One reason, however, is that his fresh eyes are appreciating things that I've already gotten used to or forgotten. When moving to a foreign field, it is more than learning the language, it is learning the culture. These are some of my pictures that help me appreciate the Bolivian culture! 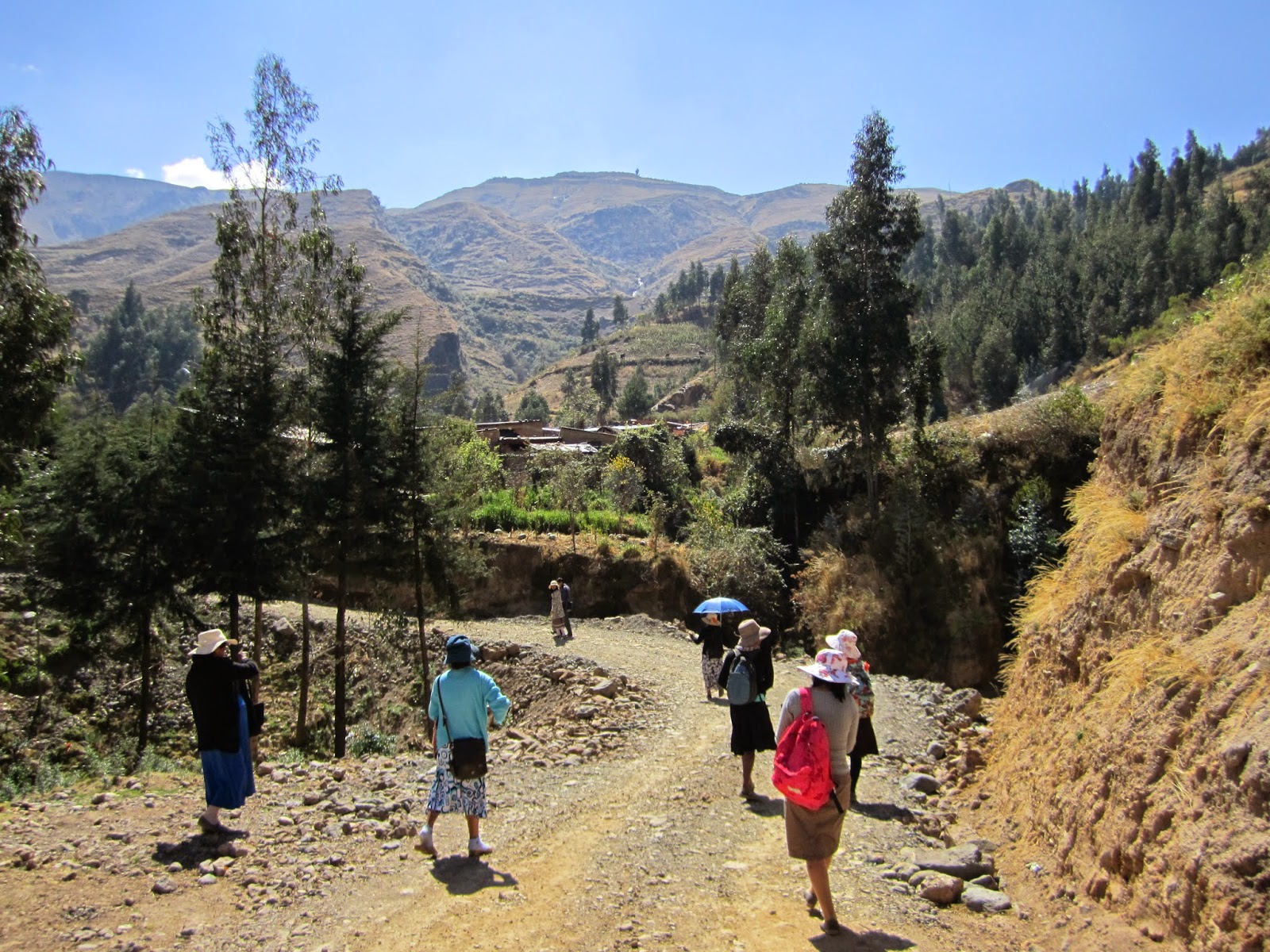 The congregation has so much work on their hands but they never get discouraged and thoroughly fulfill their assignment. 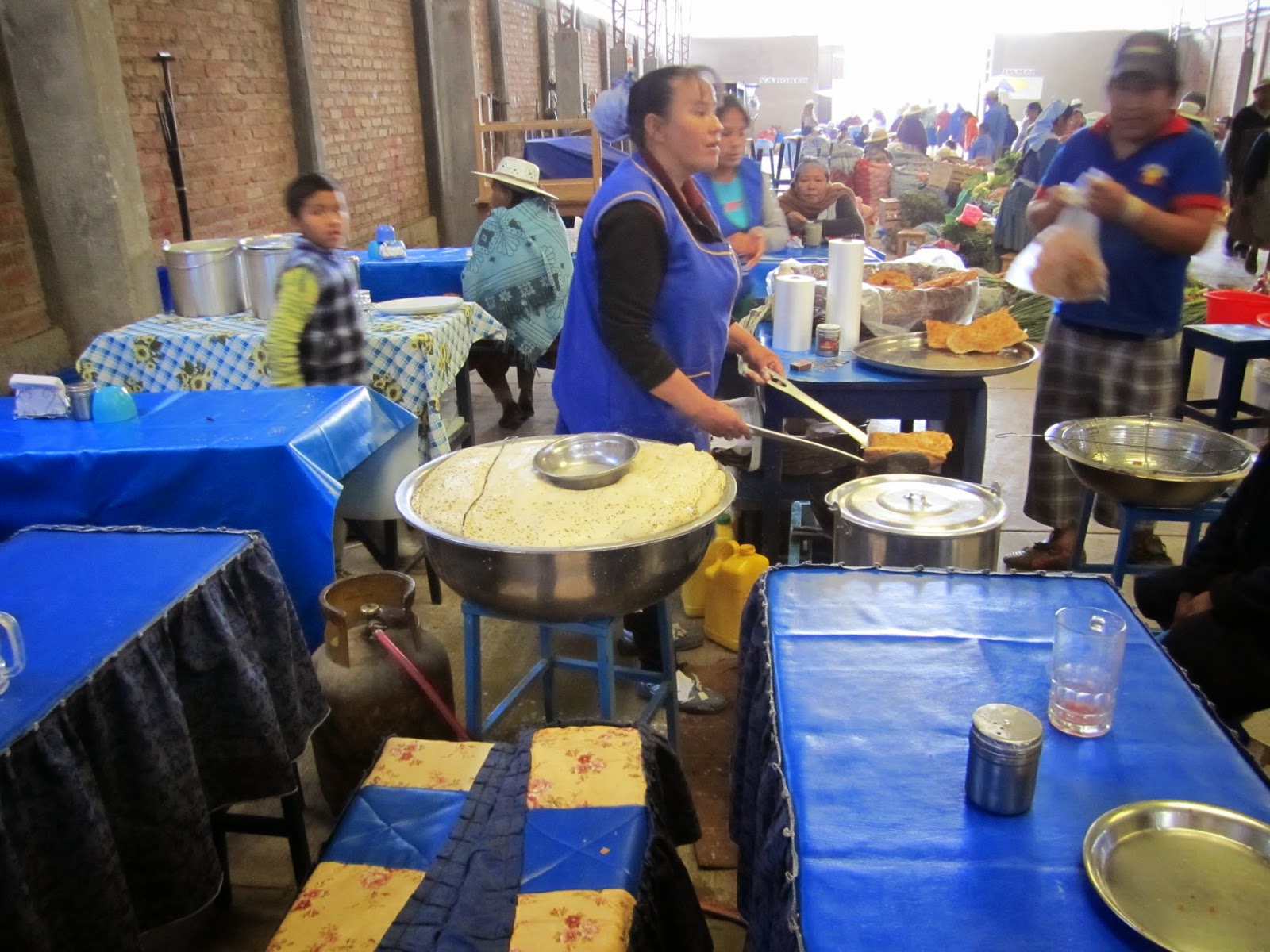 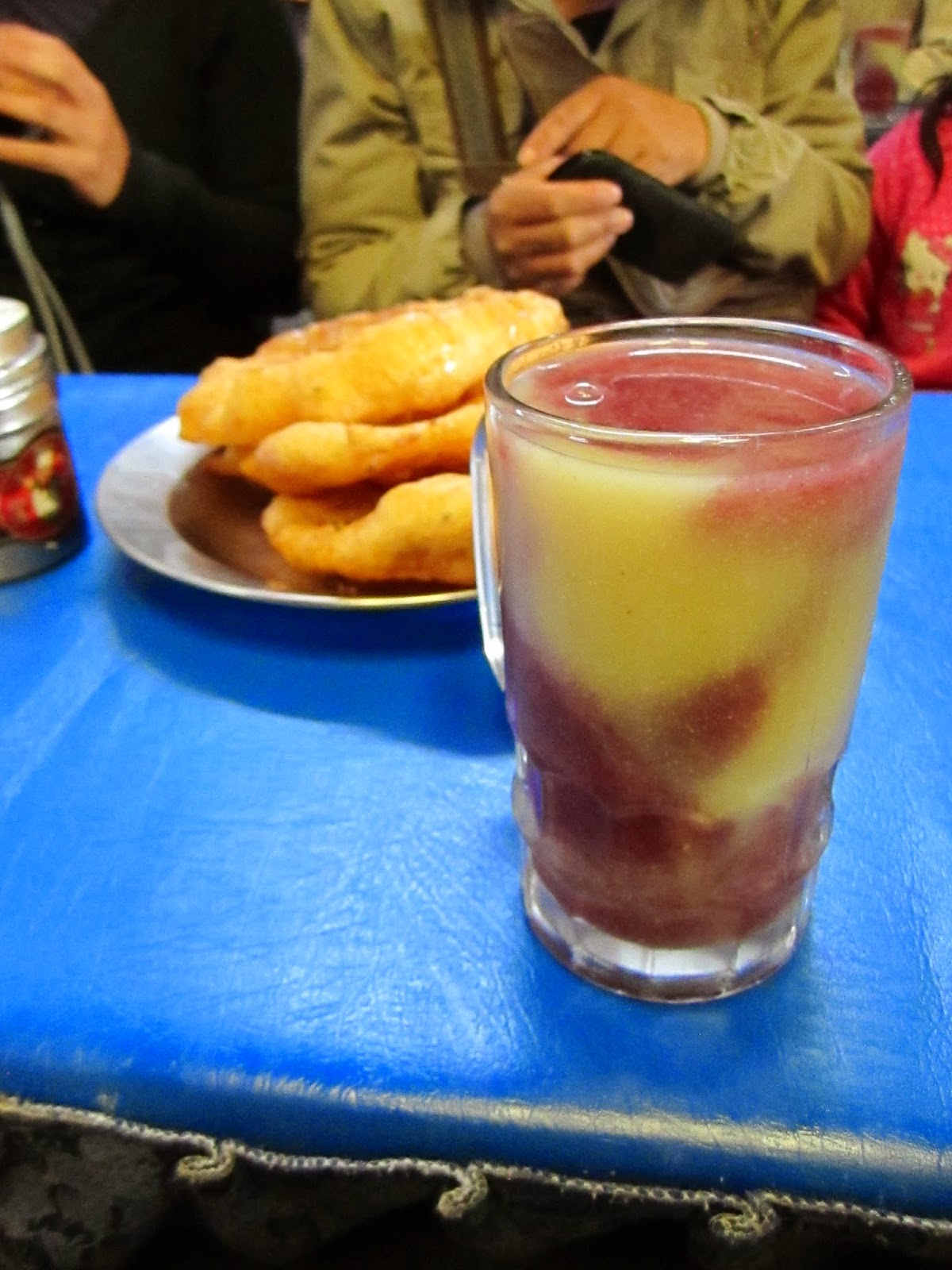 In a town nearby, Sipe Sipe, they serve a breakfast in the market called Buñuelo. It is very comparable to a Funnel Cake! However, served with hot Api it is quite scrumptious! When our service group is to meet and work in Sipe Sipe we meet there for breakfast before getting started. 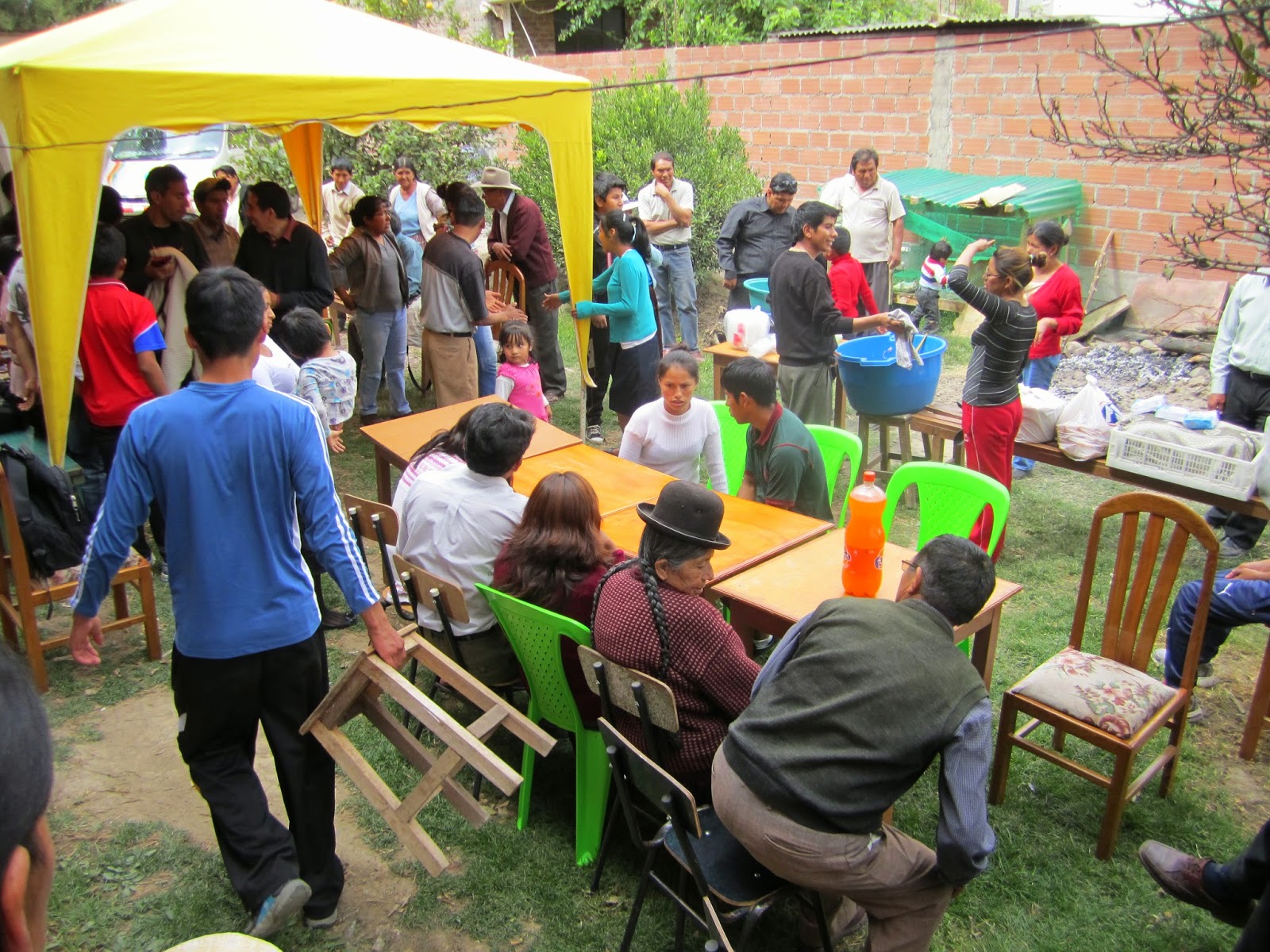 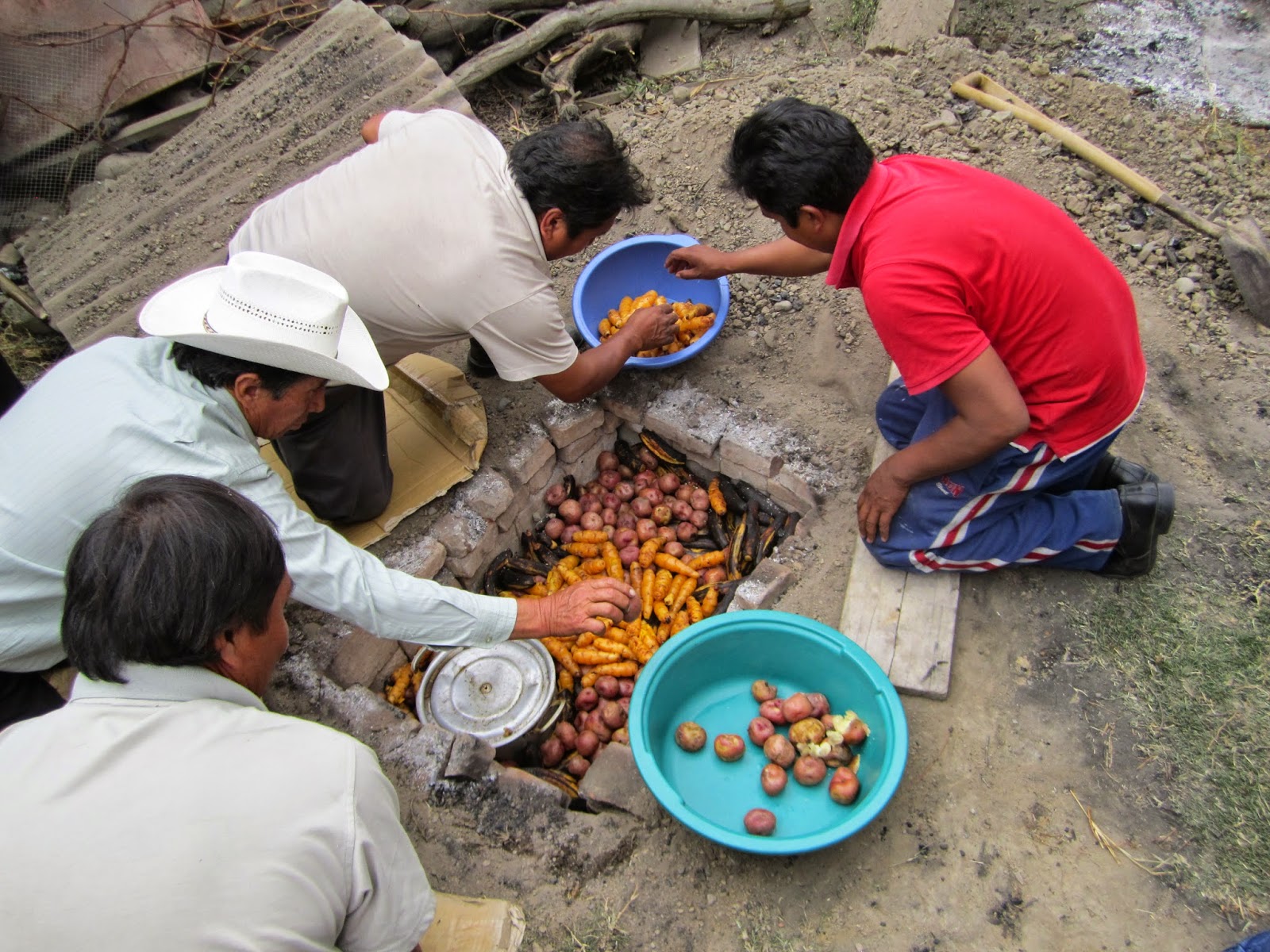 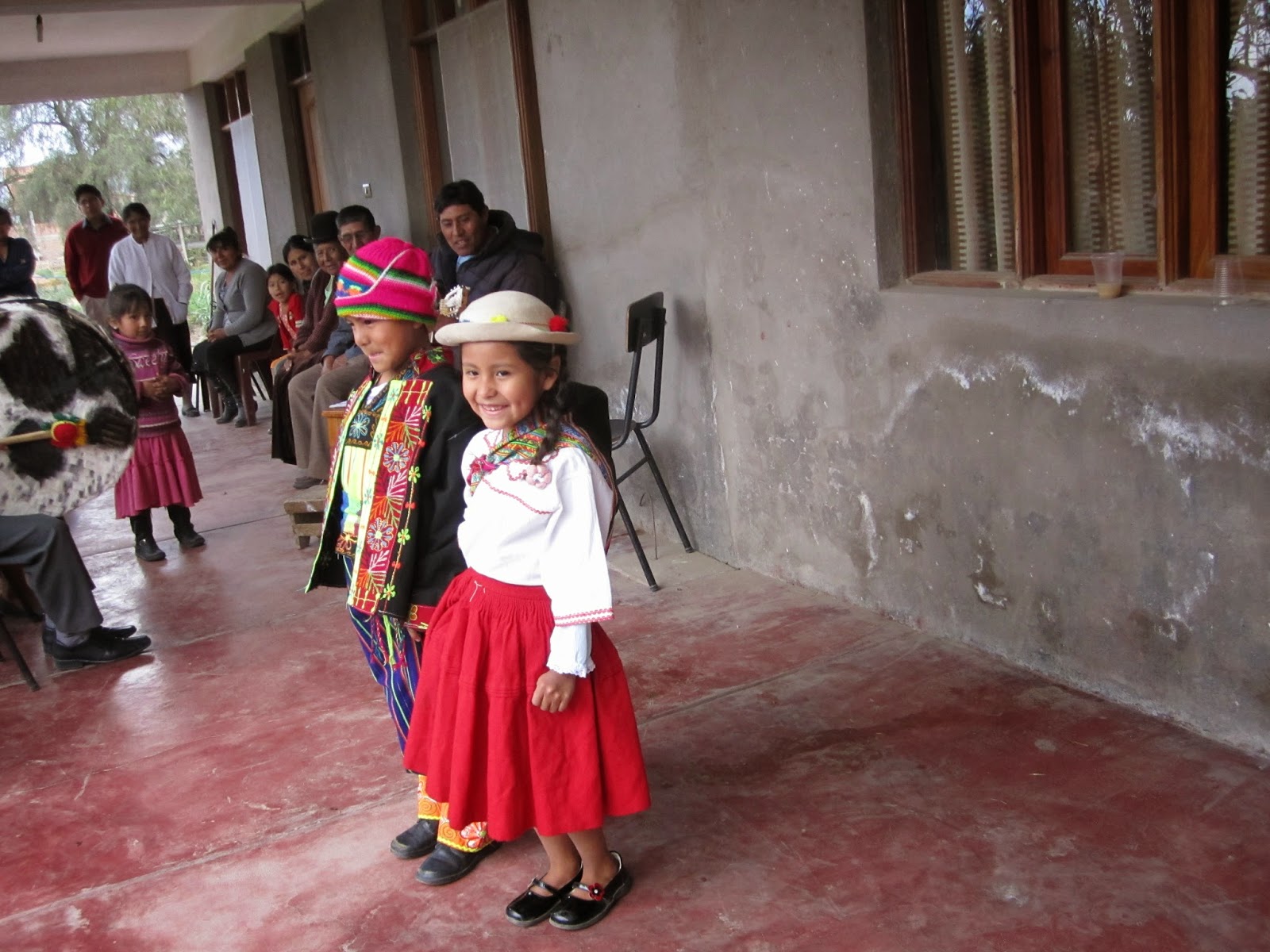 When new ones come into the congregation it is customary to have a welcoming party which involves dancing and food! They cooked us a meal called Pampaku which is cooked underground. They heat up the hole and leave it covered for hours before putting in the food. It gets very, very hot and will stay hot for hours afterwards too!

Email ThisBlogThis!Share to TwitterShare to FacebookShare to Pinterest
Labels: Karly

As Danielle had mentioned, the English convention here in Bolivia was truly amazing.  It was such a privilege to be there among 500+ other need greaters from 30 different countries. All the talks were so special and touching. Though we fully understand Spanish and had already attended the same convention, it was so much more moving in our native tongue! I understand the reasoning from the organization now.  It does make a huge difference.

From the talk entitled, Highly Esteemed Present Kingdom Blessings, I appreciated a point that was brought out about how powerful Jehovah’s word is. So much so that it doesn’t matter what we do or how fully we support his kingdom. He doesn’t need our vote, it will come either way. It is our decision then where we place it in our lives.

During the baptism talk (yes, one young brother was baptized. He moved here with his family two months ago) a statement was made that really stuck with me. After reading Isaiah 41:10, “do not be afraid, for I am with you.. I will really hold on to you with my right hand of righteousness” the brother mentioned, “our breaking point in this system is relative to our reliance on Jehovah.” Isn't that so true?

I really appreciated how personal the brothers made the talks during the Saturday afternoon symposium, “Pursue Goals That Can Help You Seek First the Kingdom” because this was something we all had in common. We had all made a sacrifice to move to a foreign field and learn a new language. So it was brought out how we can do more, how to be content, and not to be over-confident.

The list could go on and on from points that stuck with me, but that’s enough for now. Here are some pics! 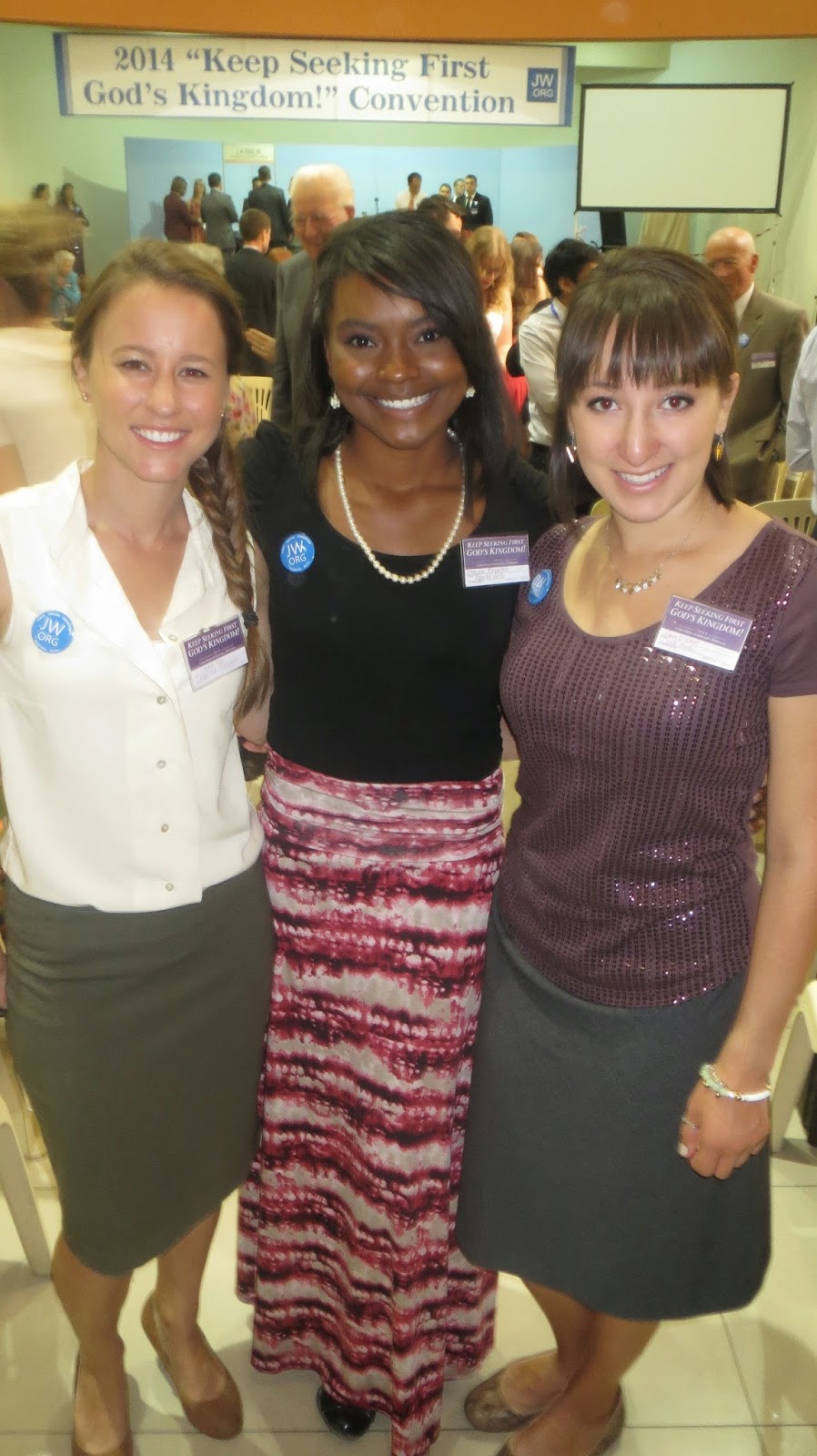 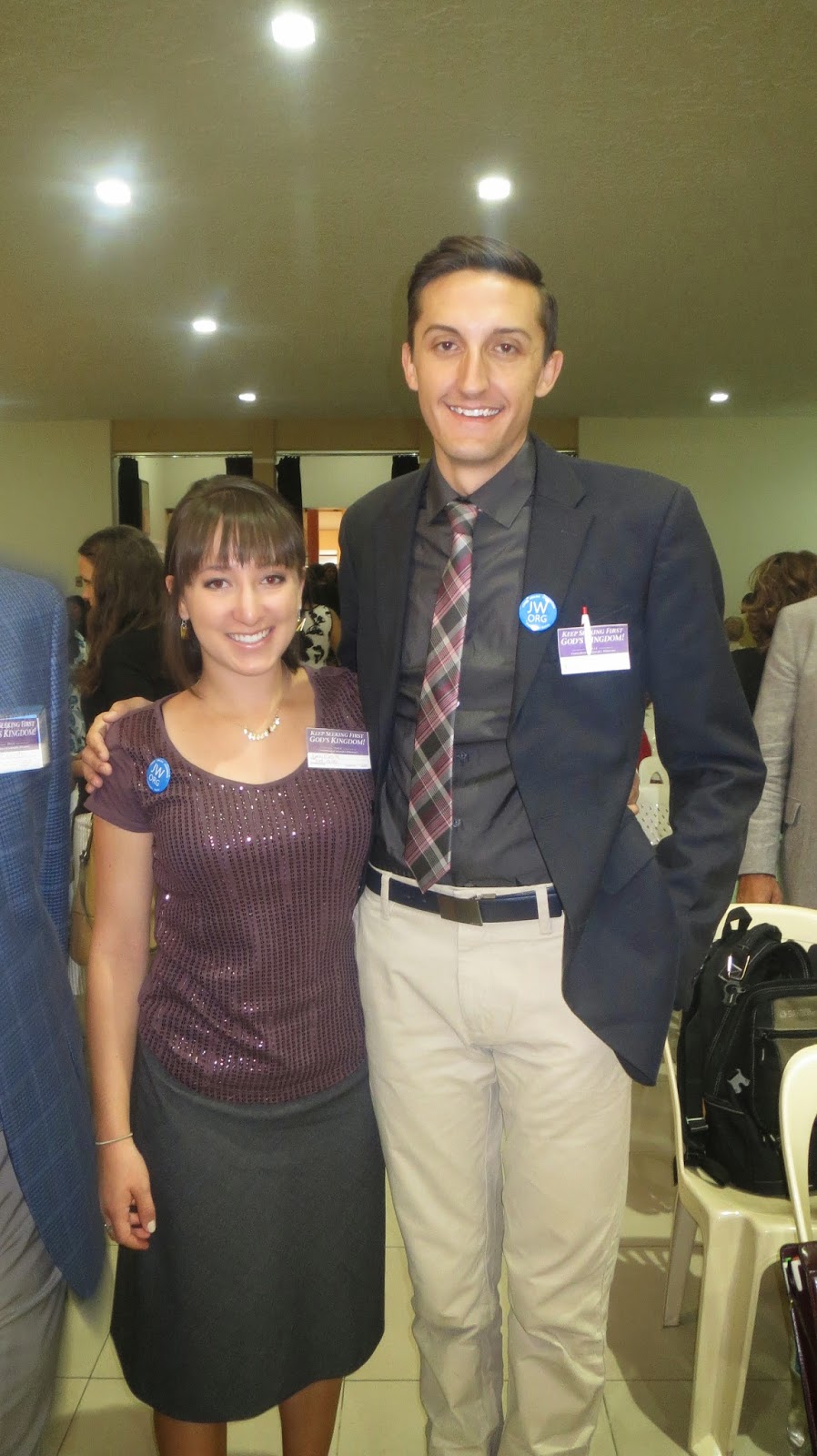 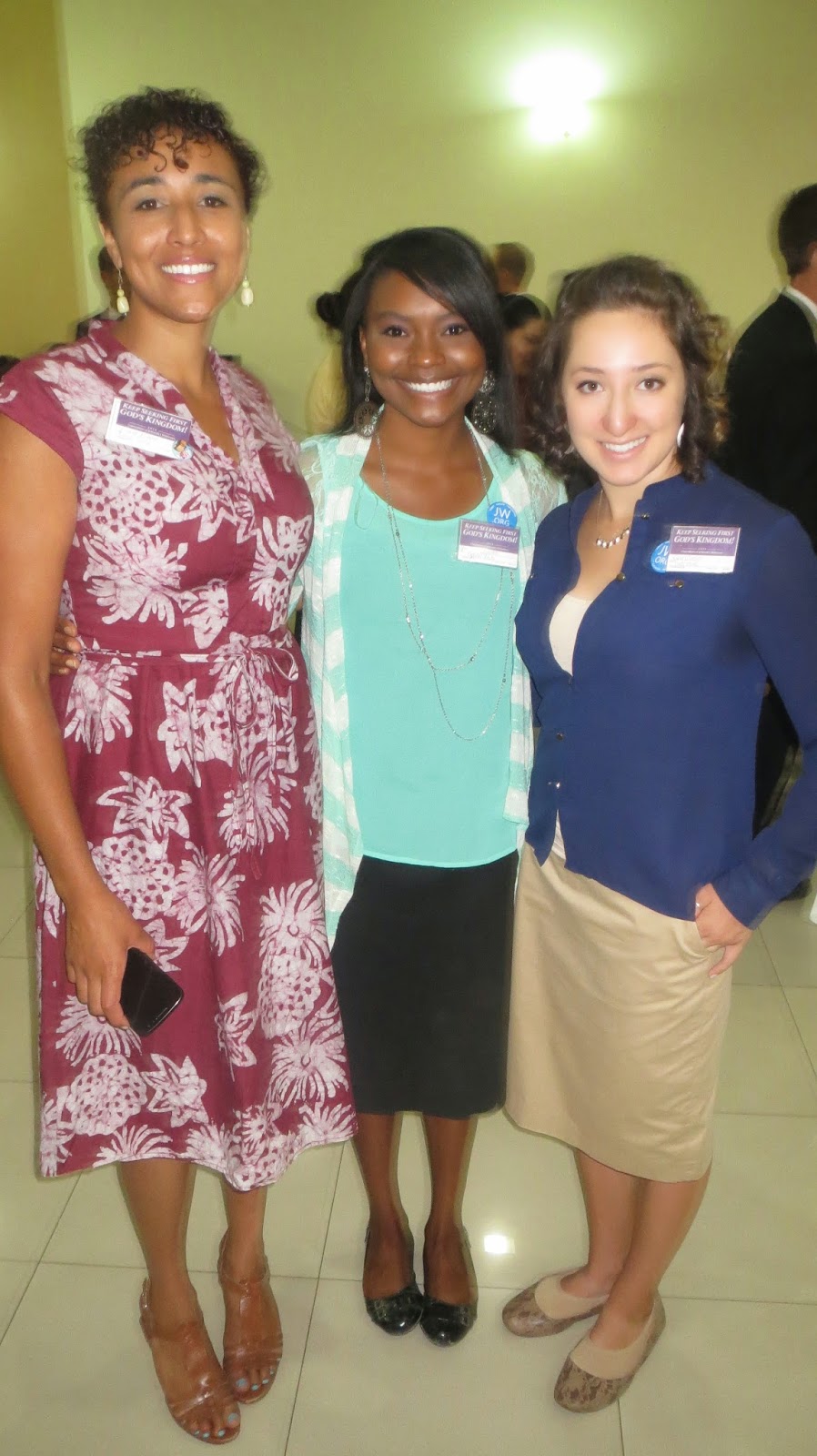 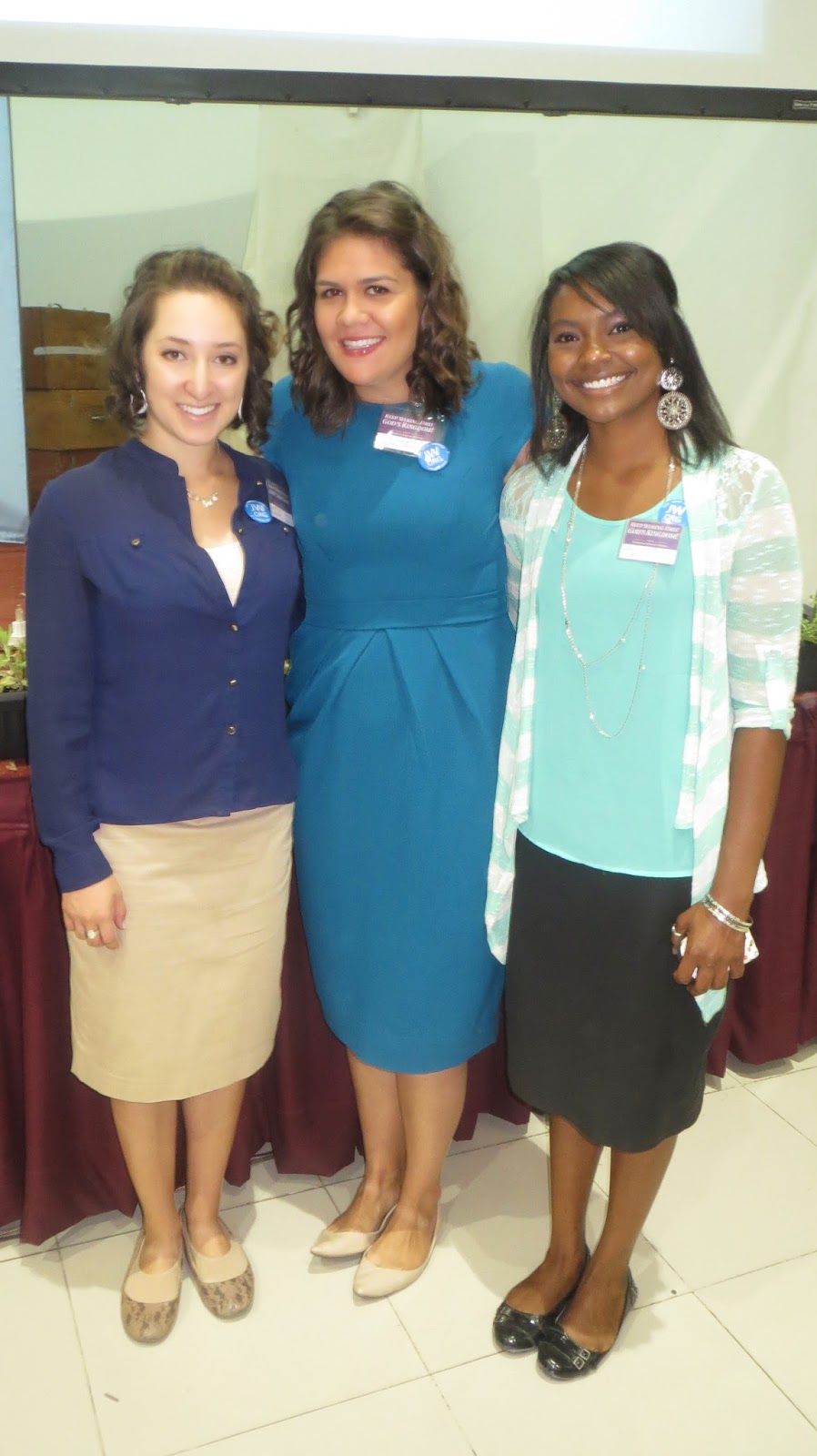 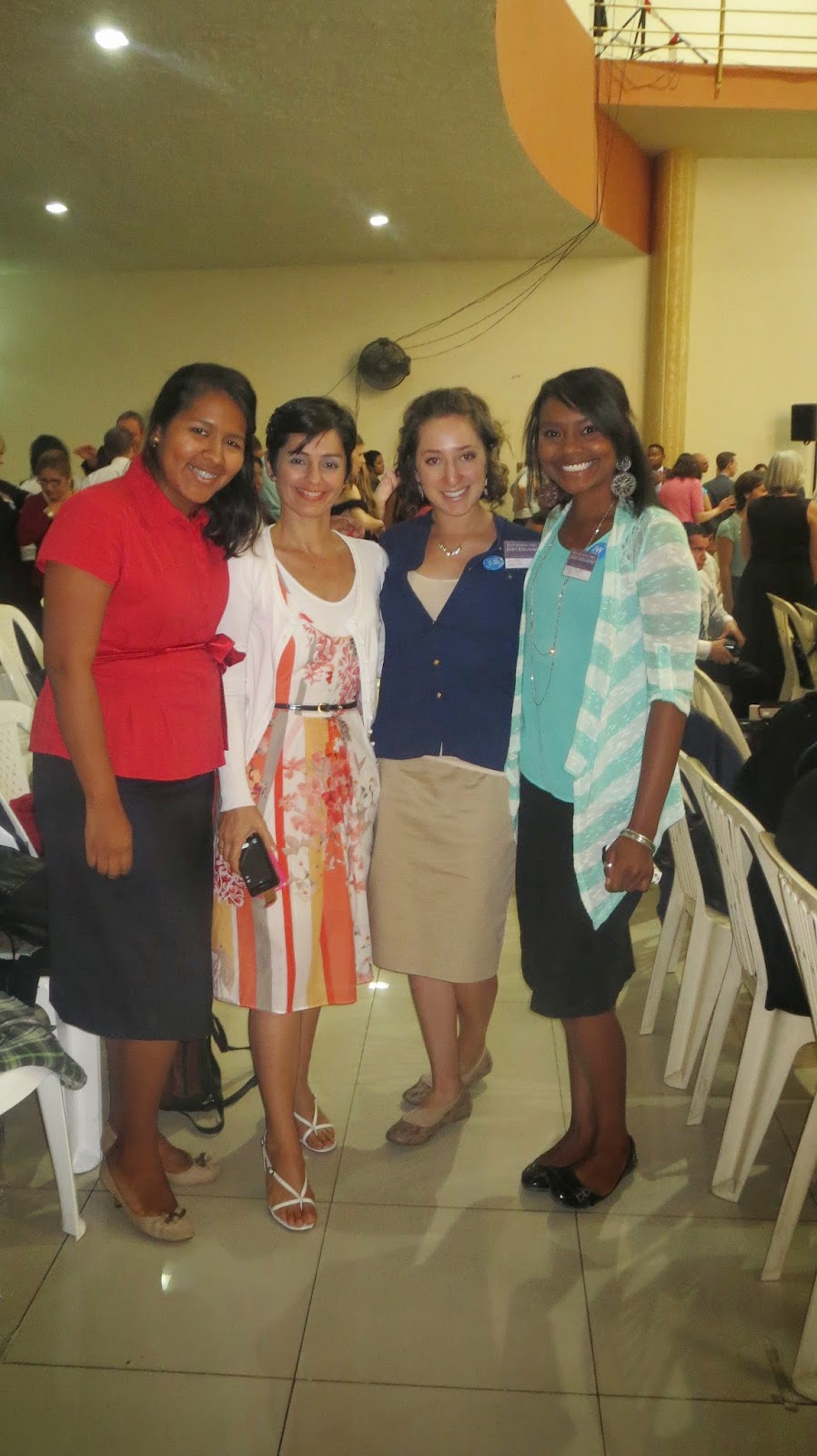 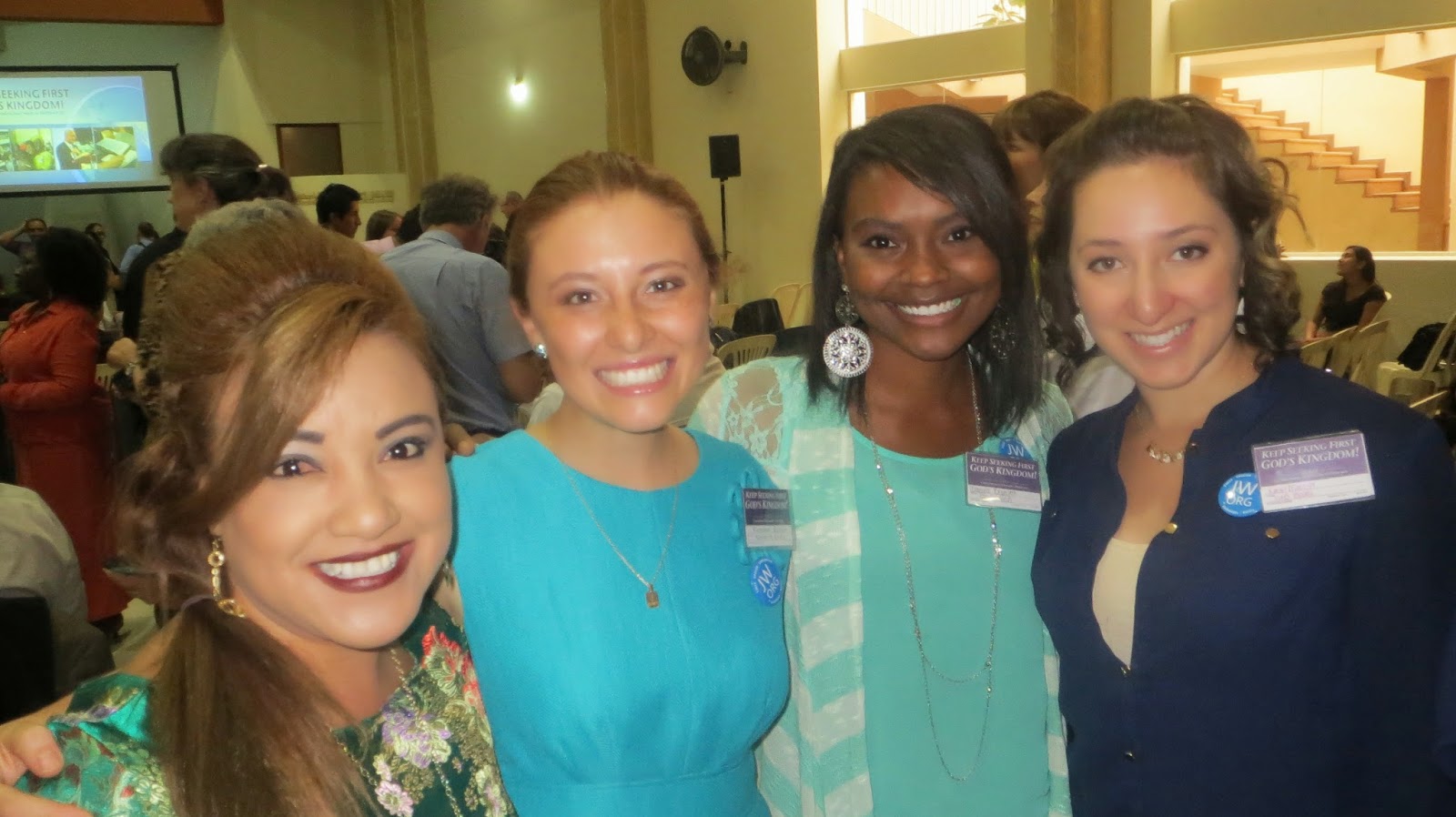 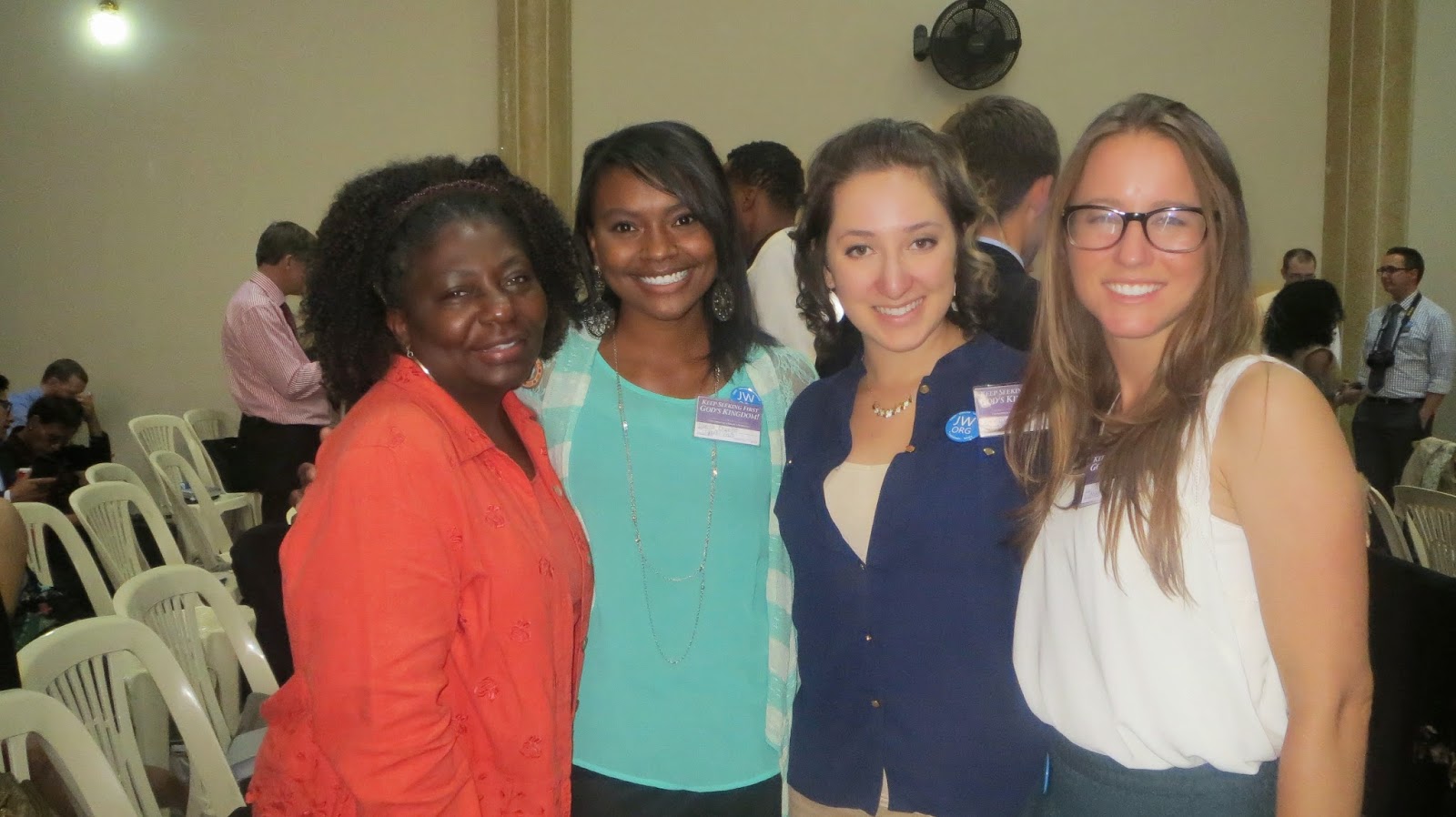 Email ThisBlogThis!Share to TwitterShare to FacebookShare to Pinterest
Labels: Karly

History in the Making

As many of you know, we had our first ever English convention in Bolivia this past weekend. It was so special, indescribable. All of the speakers were either Bethelites, special pioneers, missionaries, and need greaters. It was a true treat indeed. I would like to share a few of my favorite points!

It was mentioned that here in Bolivia there are 638 foreigners serving here from 30 different parts of the world. Of those 638 over 400 are serving in the preaching work while others are serving in Bethel, or construction. On Sunday, we had our meeting for those interested in applying for the evangelizer school. Out of an attendance of 668, 299 attended this meeting!

One of my favorite points brought out was from Isaiah 29:9. Babylon the Great has their people spiritually drunk. If we think about preaching to a physically drunk person we know how impossible it is. They can’t follow a logical line of thought. We say “The soul that is sinning will die” They say, “no it won’t”. We ask “Do you believe what the Bible says? They say “Well of course” We say, “well it clearly states it right here”. They say, “Well I know that but that is not what it says.”……Spiritually drunk.
Another illustration that I really appreciated was that of trying to explain to people how Jehovah is truly affected from idolatry. Imagine a wife who is looking through her husband’s wallet and finds a picture of another woman. A very beautiful woman. When she confronts him about it and asks why he has this picture, he says, “Well, honey she helps me to remember you.” That is what the people are telling Jehovah with their idols – they need those false gods to remember Jehovah. Absurd!

Here are a few pictures from this most special event! 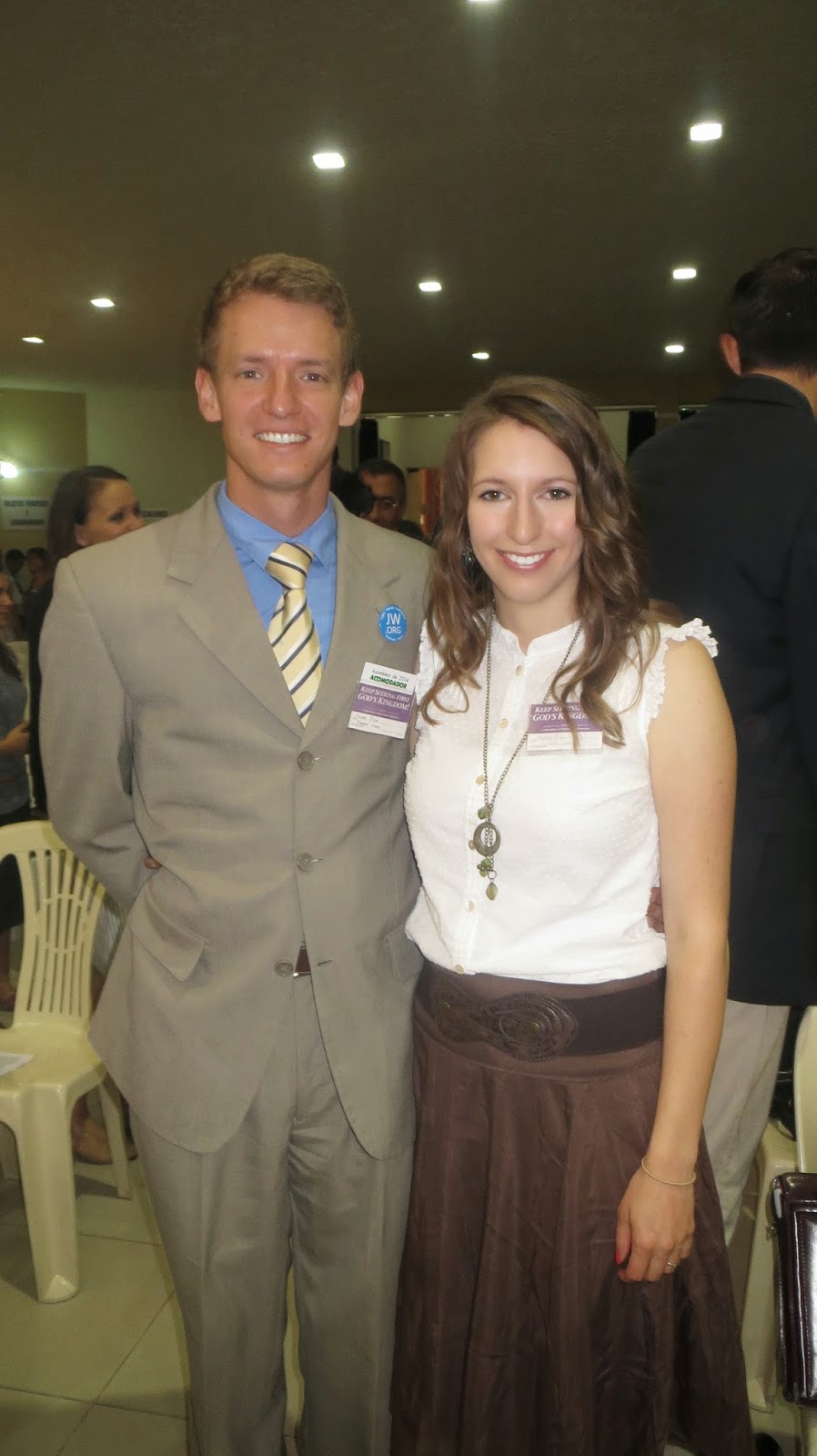 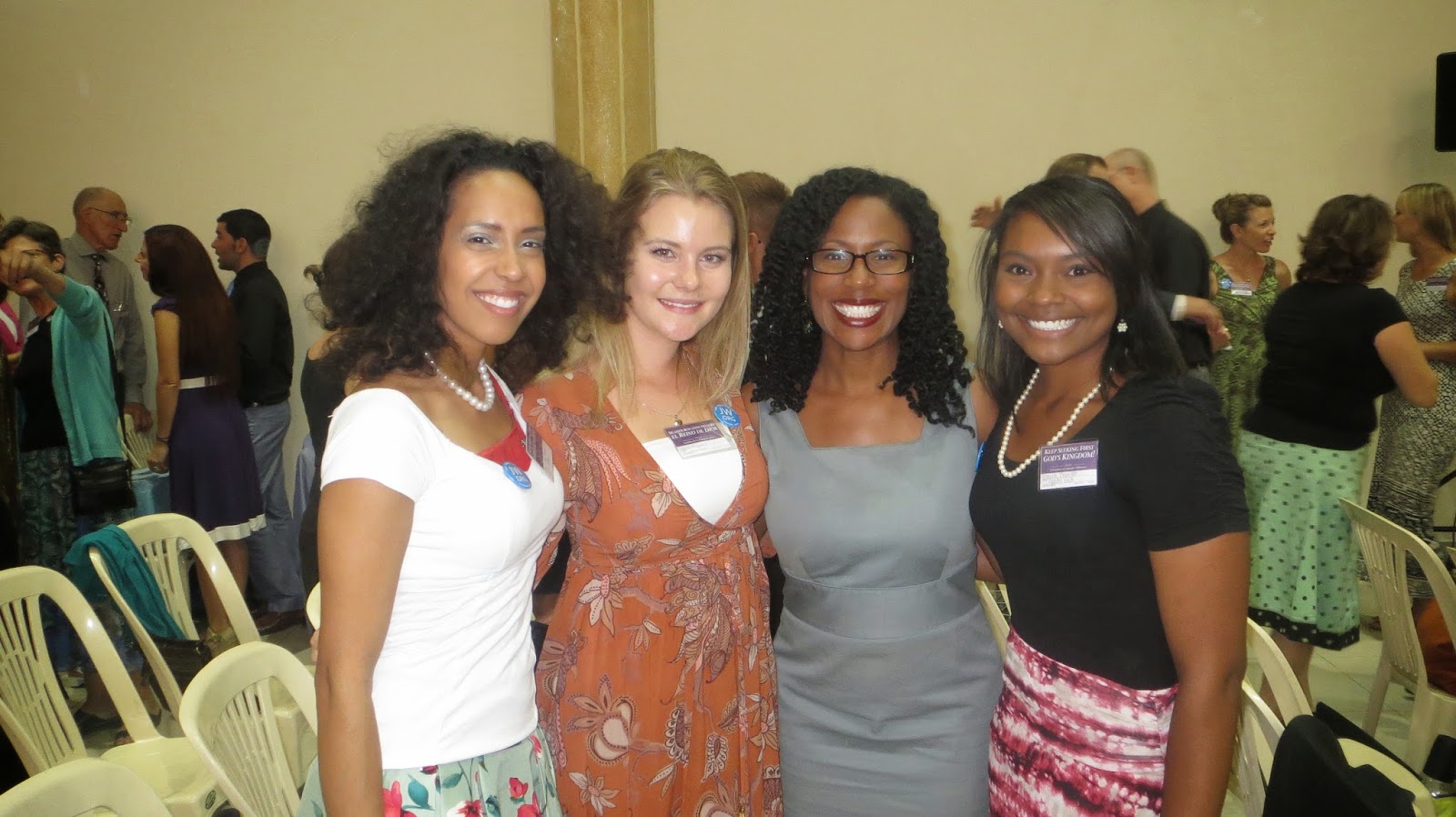 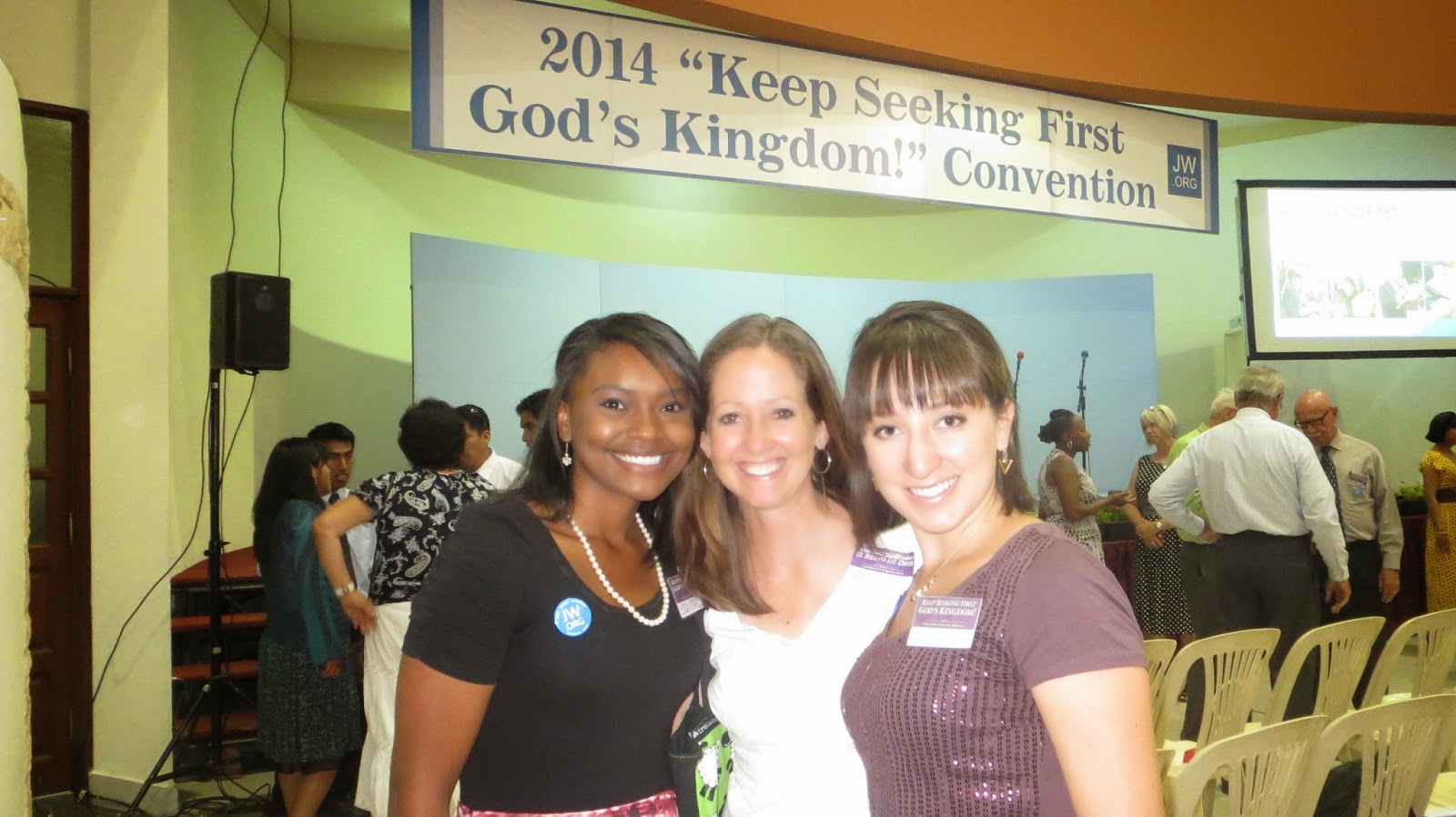 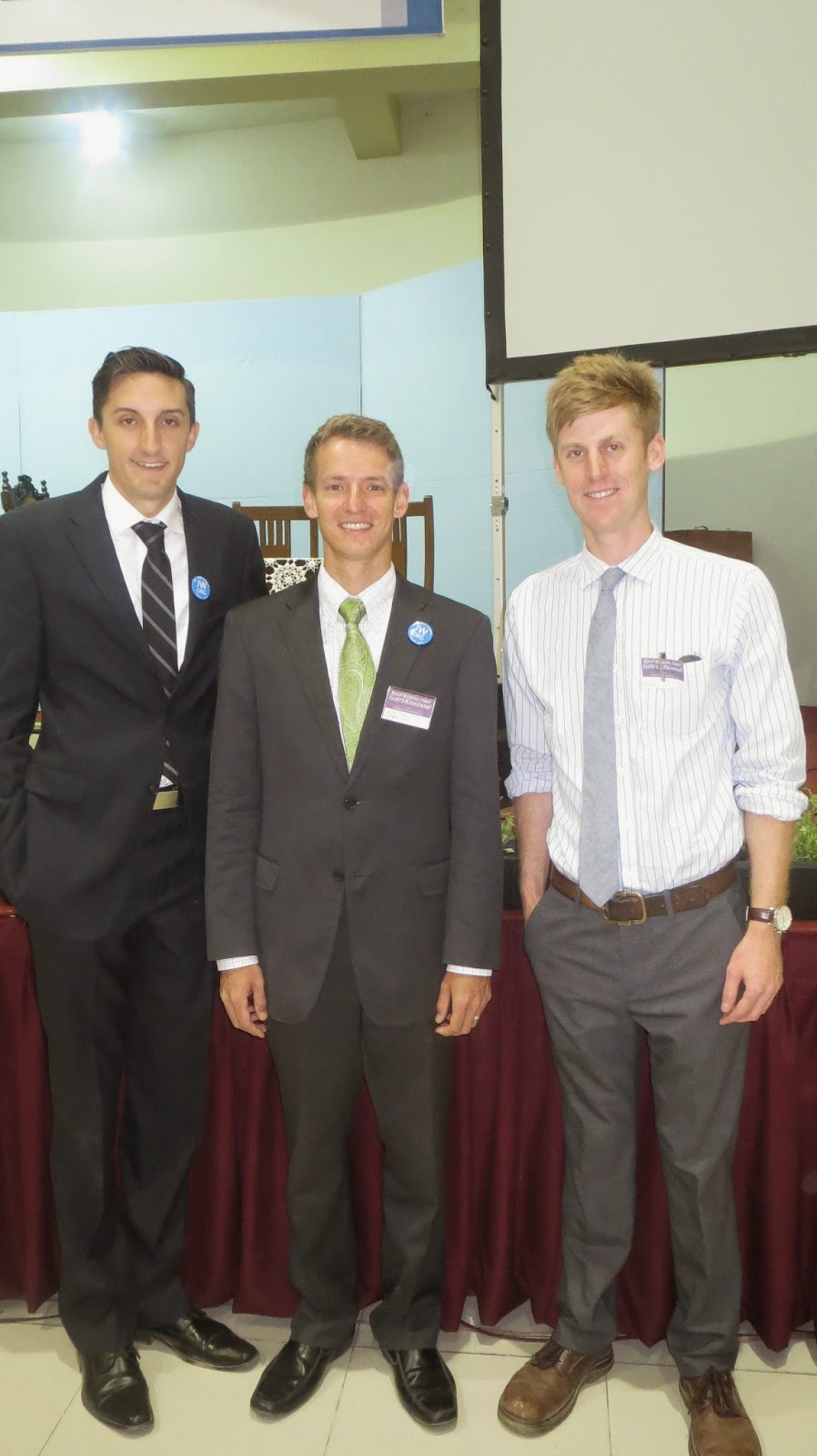 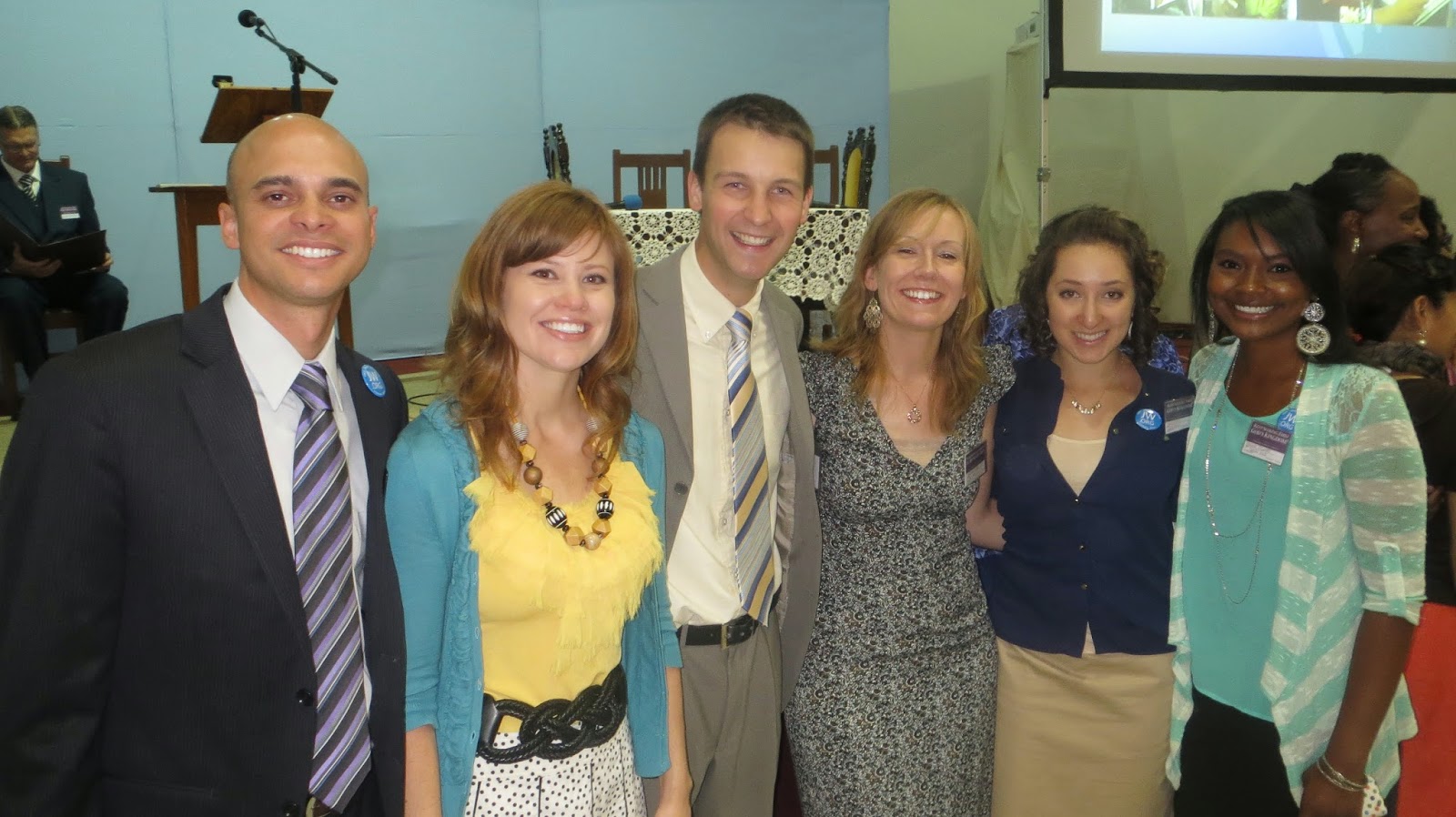 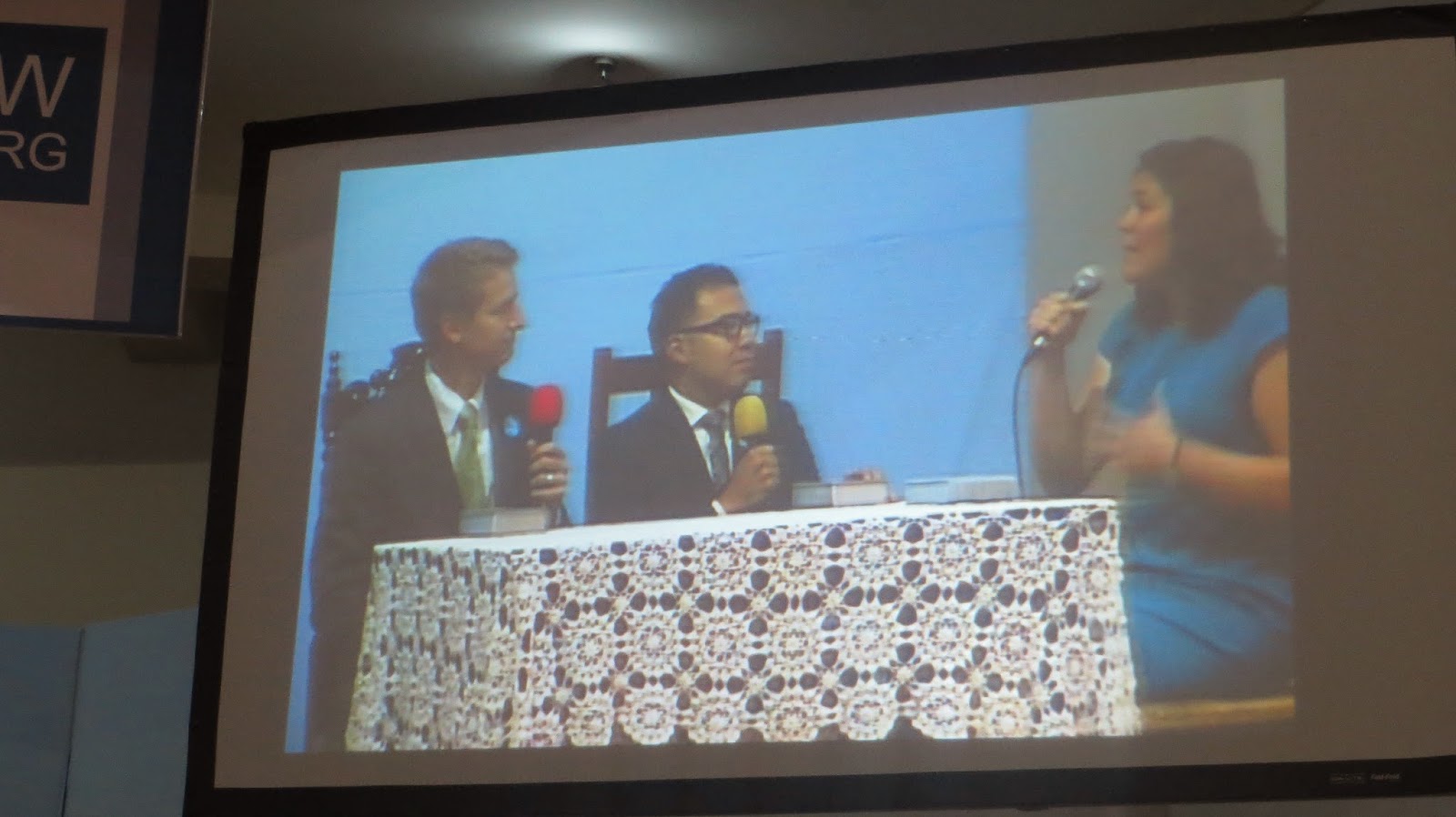 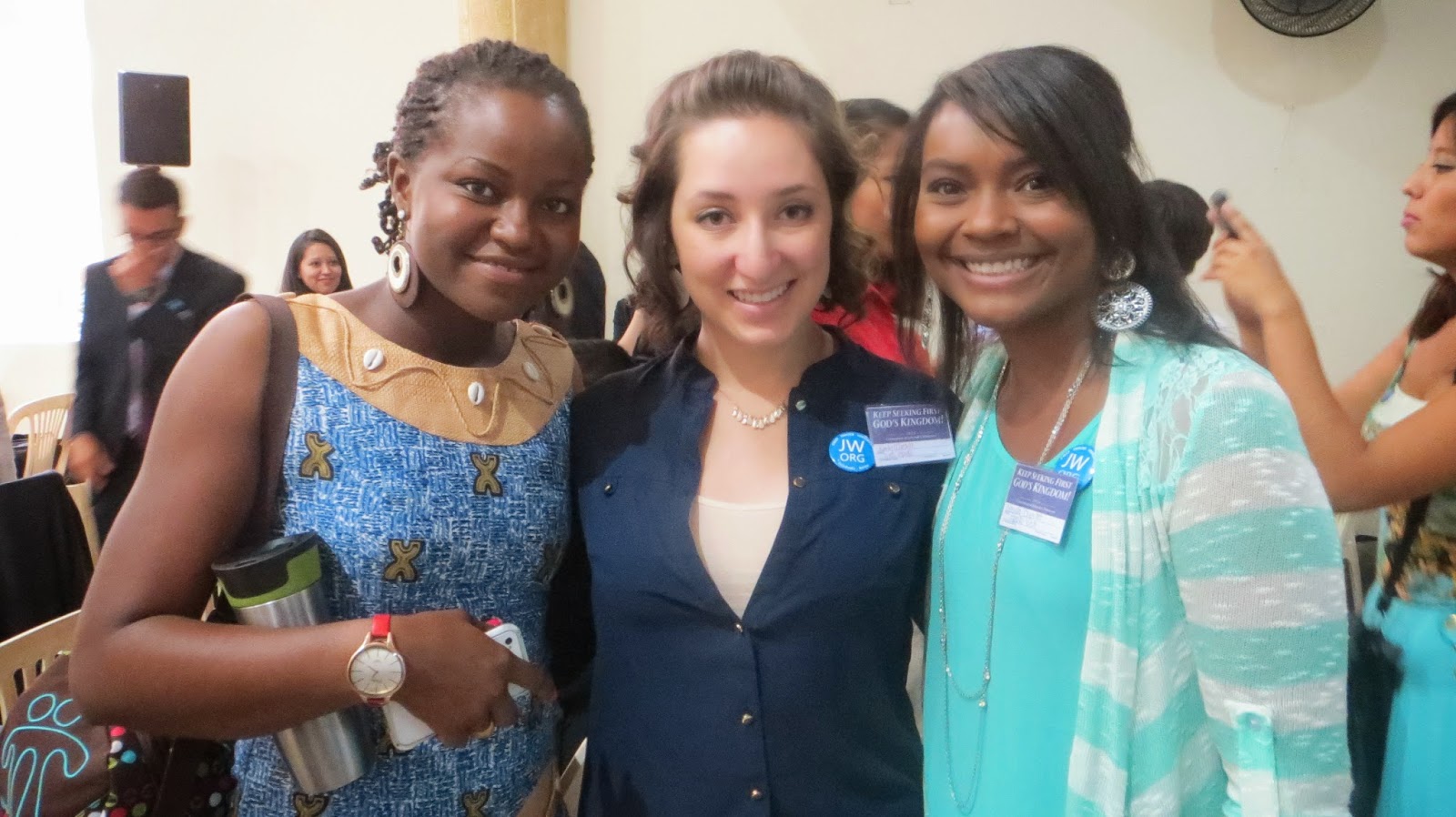 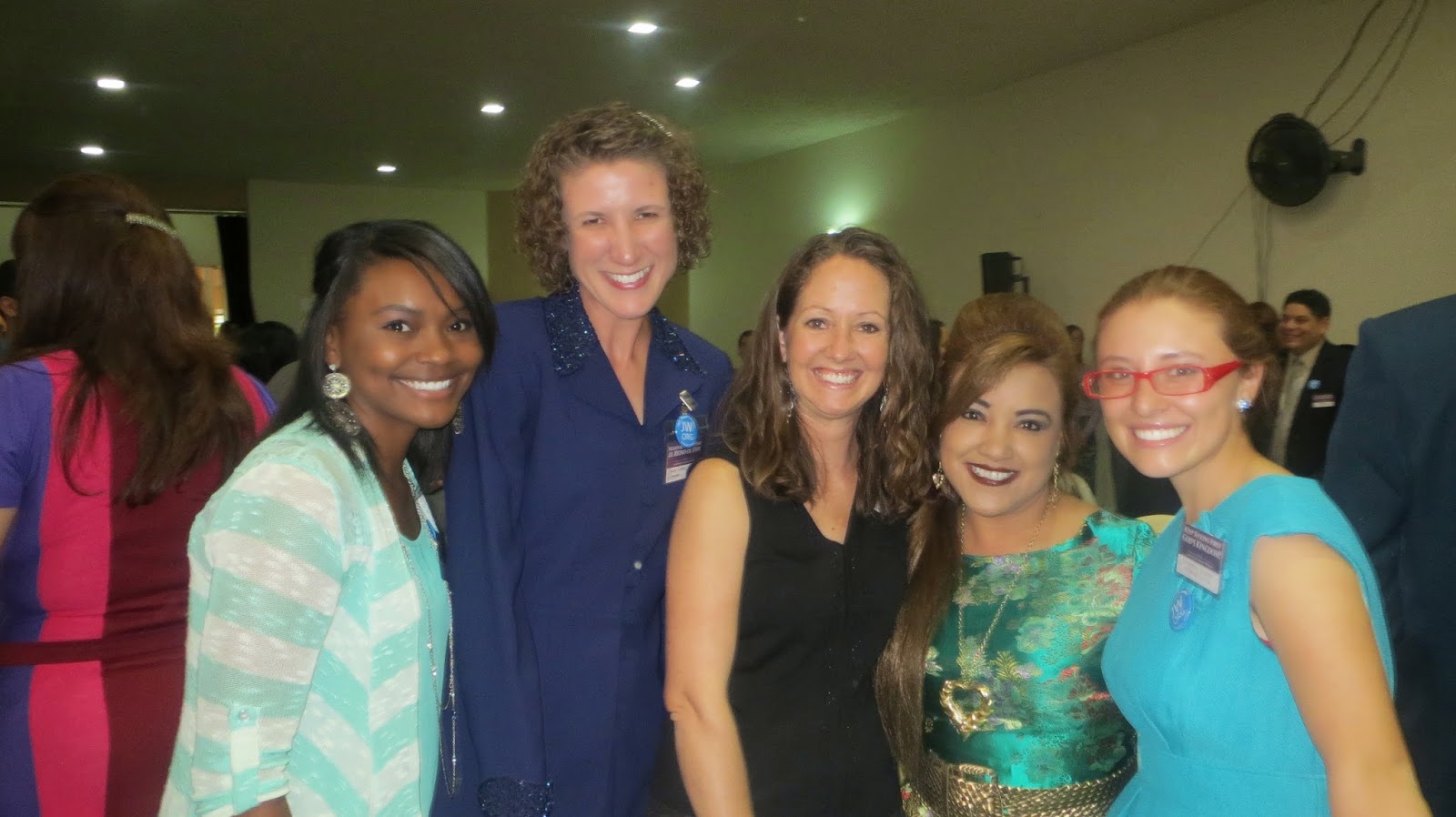 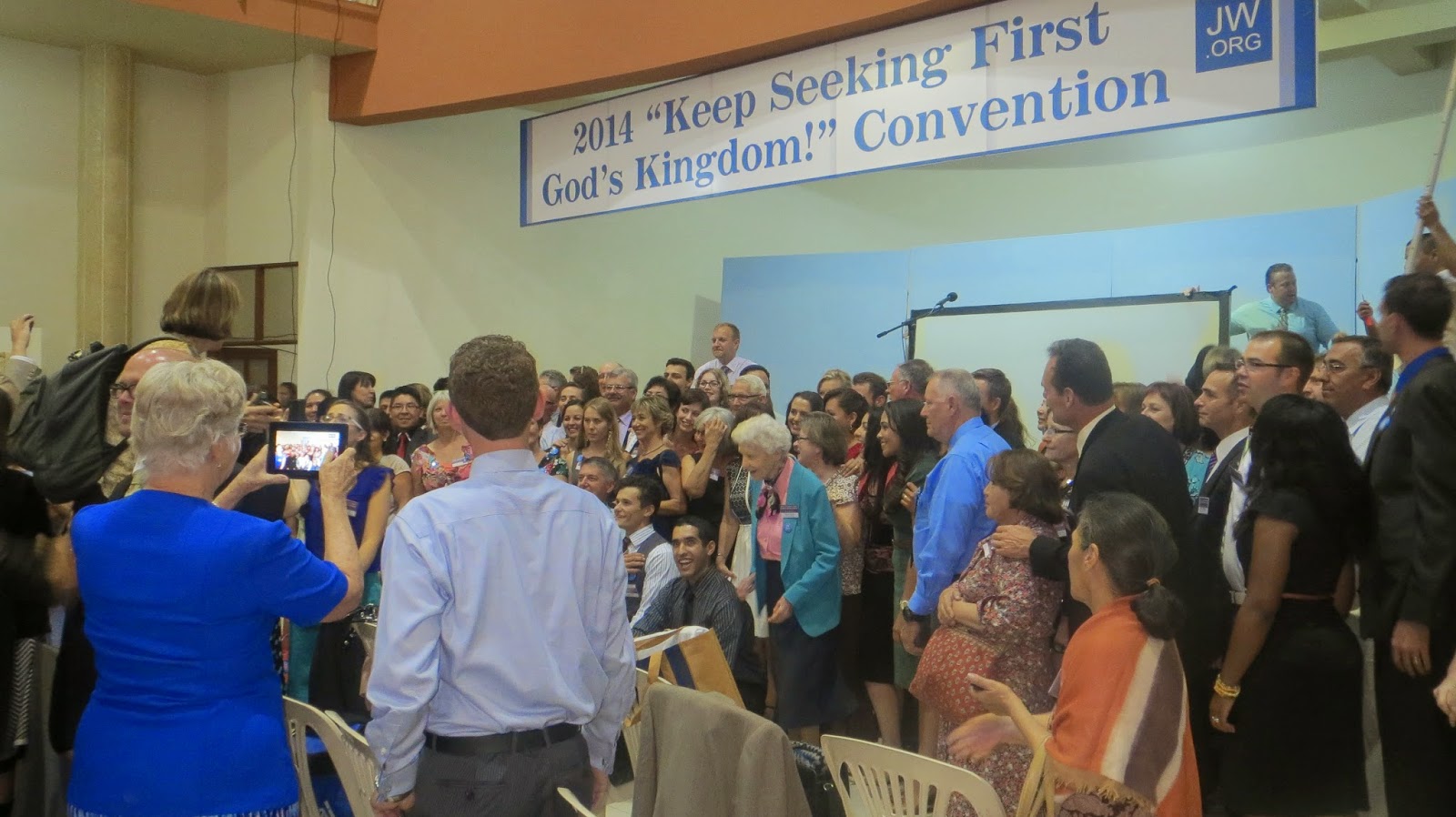 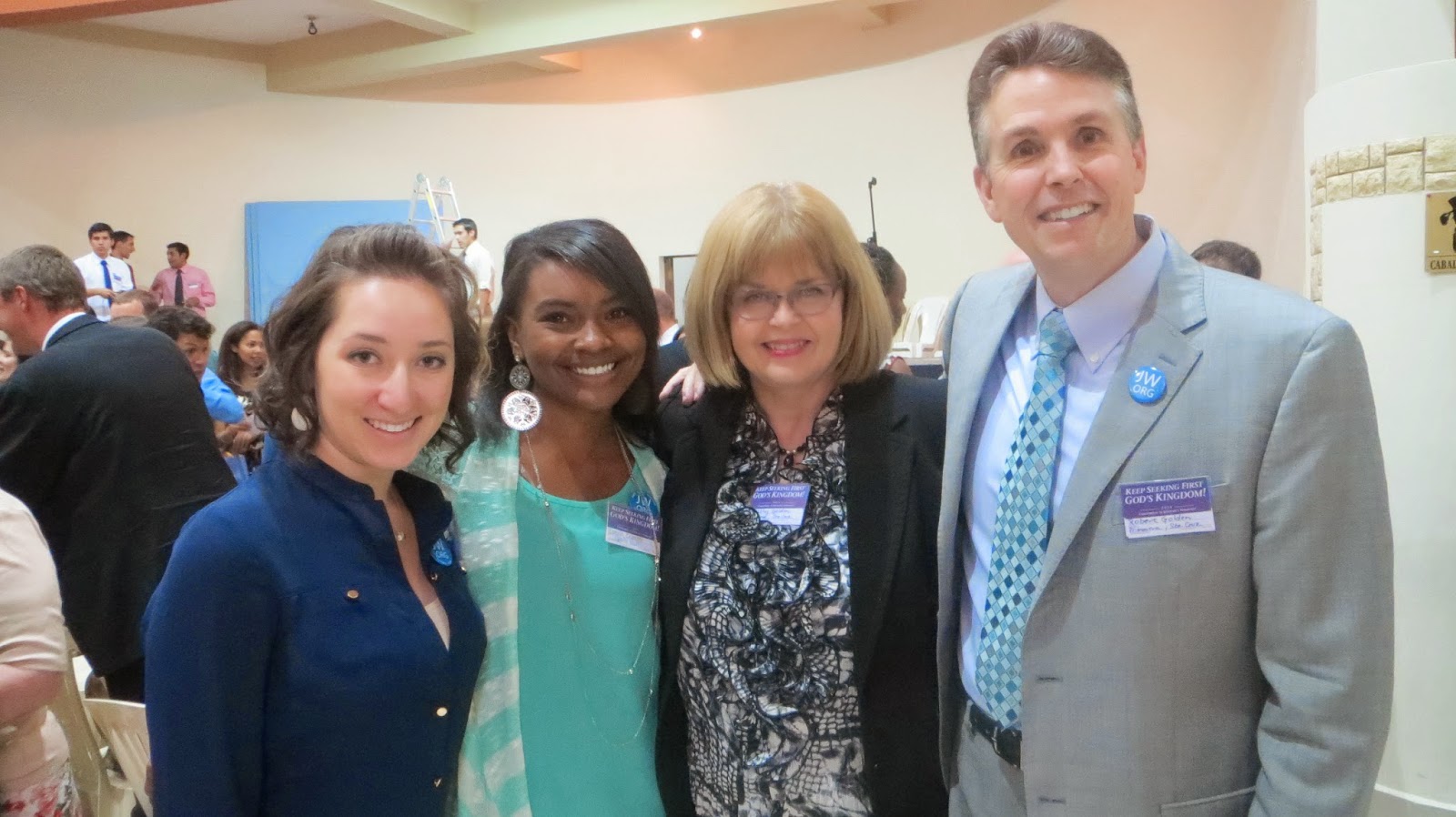 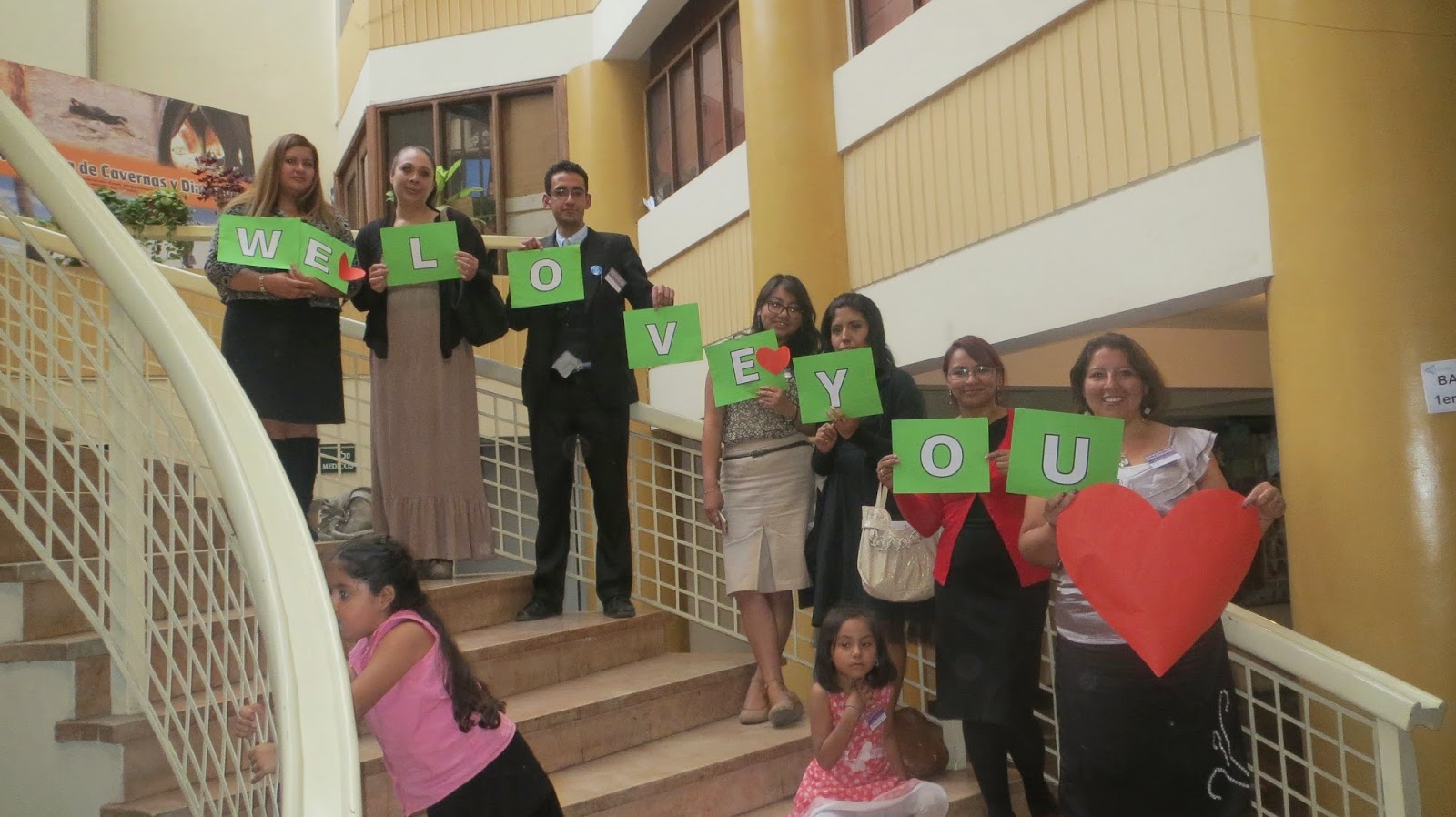 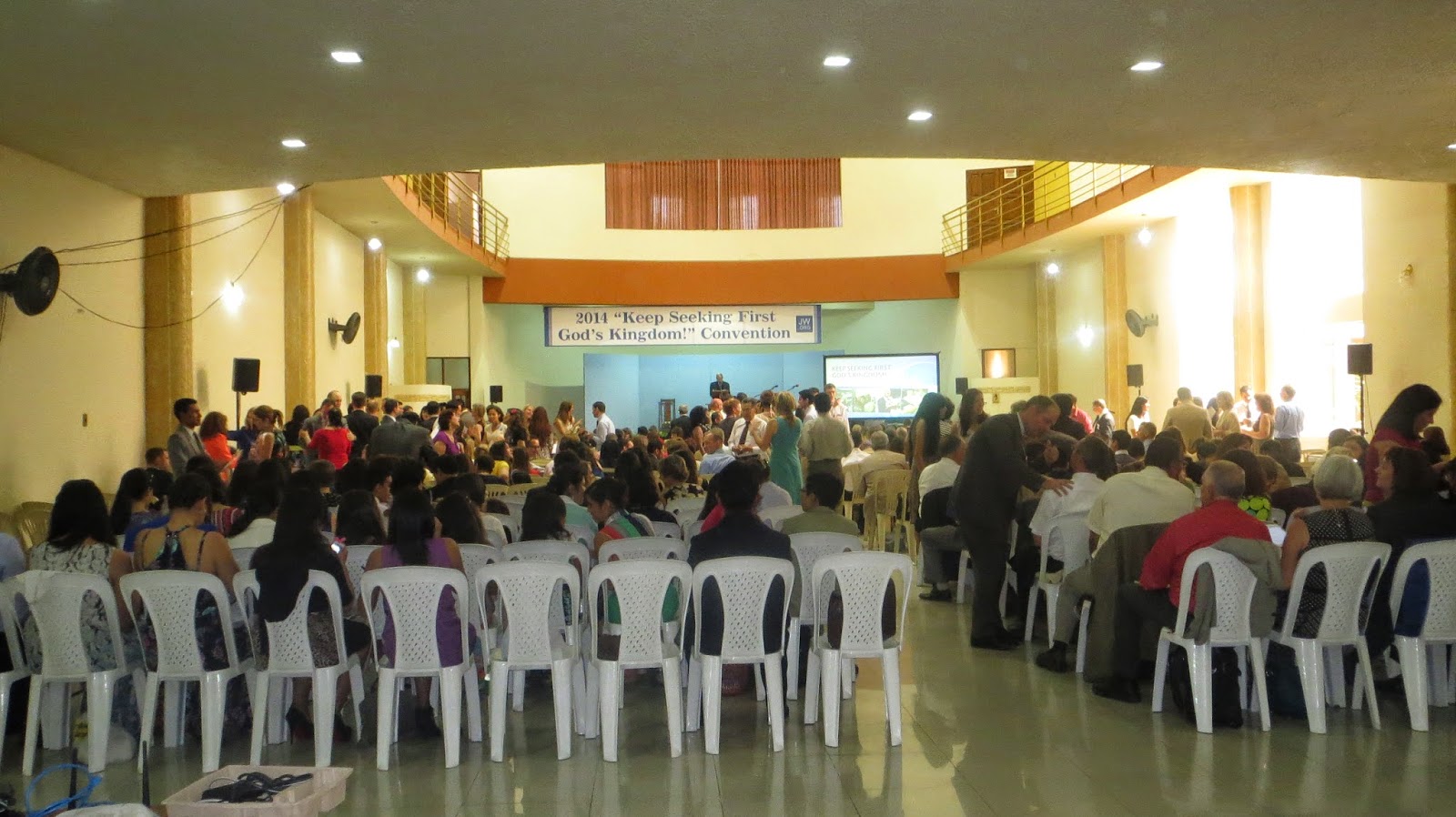 A Trip Down Memory Lane

Two weekends ago we paid a much overdue visit to the town Amanda and I used to live in, Montero. After many smiles, laughs, tears, and one giant reunion, I’d say it was a most wonderful visit indeed. Allow me to share a few highlights.

First of all, let’s go back in time a touch. When Amanda and I arrived to Montero, (Sept 2011) we were assigned to the congregation, Naranjal of 80 publishers. At the time there was one elder, 5 servants, and 9 pioneers. The spirit in this congregation was very sad. It definitely lacked happiness to be frank. Little by little we were privileged to see the many changes that occurred. It was both rewarding and encouraging for us – which of course goes without being said.

I am now happy to report that Naranjal has 5 elders, 11 servants, 30 pioneers, and 112 publishers!! They are also supporting two groups! One in a nearby town called Saavedra and a sign language group in Montero itself. I could not believe the growth in just 3 short years! Jehovah’s blessing is most definitely evident. Oh! And one of Amanda’s studies is now baptized. Her two sons are unbaptized publishers and her husband continues to study! Amazing.

Also while in Montero, we went preaching one morning. A sister and I called at one home and two ladies came out and invited us to come sit down. Within the half hour of visiting with them we were able to leave 4 magazines, a brochure, a book and show the video on why study the Bible. Not only was a Bible study started that day, but the next day one of the ladies came to meeting with her daughter!

It was very sad and hard for me to leave Montero. They had truly become a part of my family and it was hard to leave them all over again. So many memories were made there! However, it warms my heart knowing that I left Montero in the spiritually stable condition that it is in. Now….all concentration in Vinto!!